UWELL – CALIBURN A2S POD SYSTEM – A2 GOT NEW AND IMPROVED

The Uwell Caliburn A2S pod kit is sleek and stylish. This is a great choice of kit for less experienced vapers as it’s easy to use, it delivers an MTL (Mouth To Lung) vape. Powered by a 520mAh built-in battery, you can vape longer in between charges. Each kit includes two 1.2 Ohm Caliburn A2 refillable pods, that feature a built-in mesh coil creating better flavor.

Thanks to this kit’s buttonless design and inhale activation you can vape by puffing on the mouthpiece. This kit also uses a fixed wattage to deliver consistent flavour and vapor production from first to last puff. There is a small window on this kit too, so you can better see how much e-liquid is left in the tank.

The 1.2 Ohm Caliburn A2 pods that are included with this kit allow for quick refills and less mess. This kit features a side filling port that can easily be removed to top up the pod with your favorite e-liquids. The coil is built into this pod which means there are no messy coil changes either, when one is finished you can replace it with a fresh one. We recommend pairing these pods with 50/50 and high PG e-liquids.

Please Note: This kit is not sold with a USB- C charging cable and is sold separately.

What can we expect from Uwell Caliburn A2S? 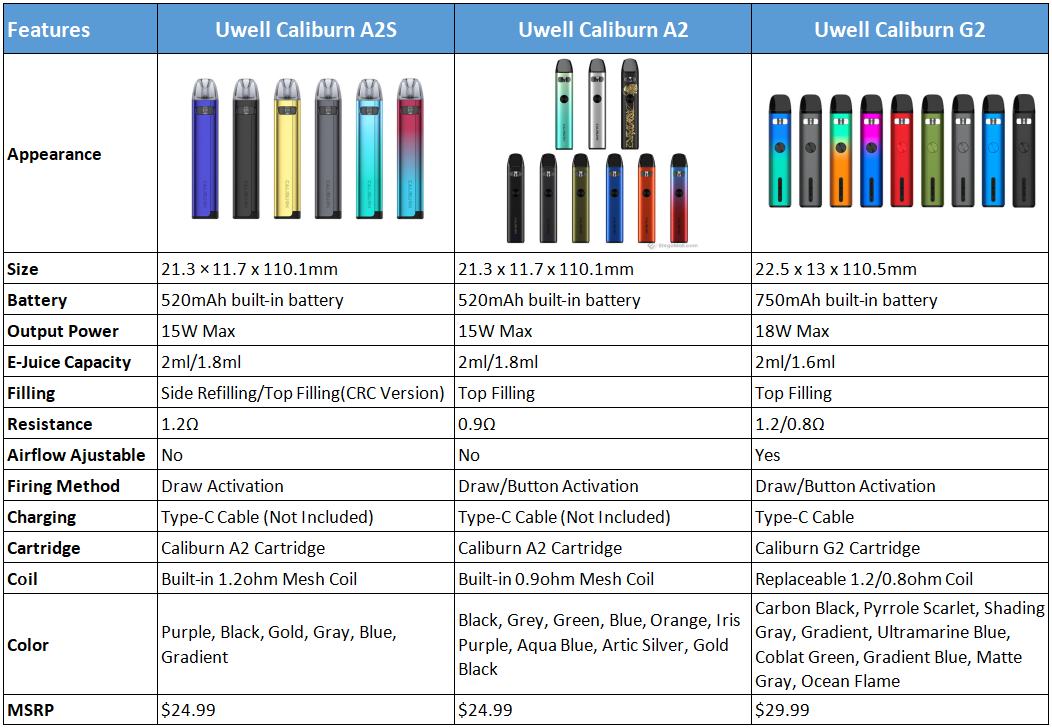 Which product do you prefer? Please leave your comment down below.

For orders above AED 250

With 3 branches over UAE